The 5 languages of love 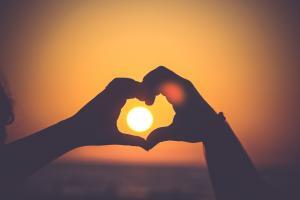 Seeing Valentine’s Day messages and pictures all over the social media prompted me to write this blog post based on some relationship coaching that I have done recently. The two people who came to me for coaching alleged that the other did not care. What turned out was that they spoke different languages of love (Gary Chapman, 1995).

Words of affirmation: This language uses words to affirm other people. Think of poetry, letters, emails, texts and words of appreciation. A quick compliment can do wonders for a person who has words of affirmation as the main language of love. “How amazing they are looking” or “how delicious the meal they have cooked has turned out” are simple but great examples.

Quality time: People who speak this language like to give their undivided attention to their loved ones. Being glued to your phone or TV while you are with them does not count.

We all have the exact same number of hours in a day and when we spend quality time with someone, we give them a slice of those 24 hours, something that we would never get back.

Acts of service: Here people like to do things that you know the other person will like you to do for them. Every task counts here, be it setting the table, or loading the dishwasher, cooking a meal or organising a party.

Gifts: Gifts are souvenirs of love. When you buy a gift for someone, it is implicit that you were thinking of them. Gifts can cost money or not. What matters is the thought and the fact that you procured the gift or created it and gave it as an expression of love.

Physical touch: Strokes, hugs, cuddles, kisses, holding hands are all examples of physical love. If physical touch is the primary love language of a person, their emotional bank gets credited when love is expressed through touch. A hug or a kiss as you dash out of the front door for work will communicate love to them.

Most of us speak more than one languages of love but we have a natural preference for one of these 5 languages…it is a bit like being bilingual – you have a native language and yet you speak a second language; each of these languages can have several dialects.

If you are struggling in a relationship where love seems to have disappeared, have a think about the language of love used by you and the other person.

Wouldn’t you agree that understanding each other is difficult when two people speak two different languages?

I remember working with a young adult who had spent all her teenage years feeling unloved by her parents. Through coaching we figured out that there was love in the family but that they all spoke its different languages. Her key language was words of affirmation while it was acts of service for her parents. All she wanted was to be appreciated while her parents thought that giving her the best education they could afford was the best way of showing their love for her.

She spent several years trying hard to win their approval but in vain. On the other hand, her parents wondered why their daughter was so ‘difficult’; why could she not appreciate how hard they worked for her? The daughter’s second language was physical touch and she craved for cuddles. Unfortunately, that was just not the language her parents knew. Whenever she would try to hug them to seek comfort, they would ask her to stay away. This, in turn, reinforced her mental script that she was not loved. Consequently, the three people in the family missed the love that they could have treasured.

Don’t let this happen to you; pause and spend some time deciphering the love language you both have been speaking. Let the magic of love unfold.

Struggling to feel worthy of love, which is one of the biggest needs a human being has? Seem to have everything in life but still not sure if you are wanted or loved? 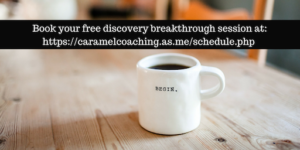